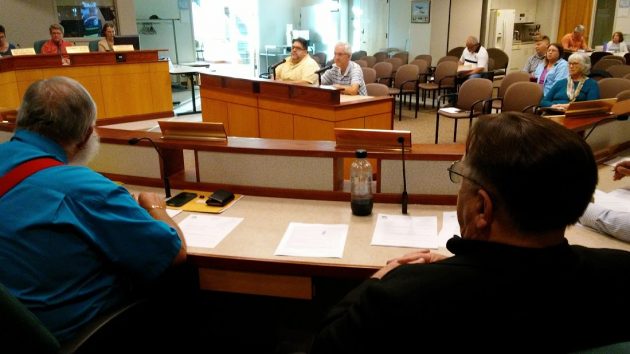 Harmony evidently is not good enough as a goal, so Albany’s Human Relations Commission wants a change in its official mission to include striving for “diversity, equity and inclusion.” The city council’s response on Wednesday: “Not so fast.”

Back in 2007, the council formed this commission to settle a flap that arose after someone proposed to designate part of Timber-Linn Park with a Latino theme. Purposely avoiding any whiff of identity politics, the ordinance setting up the panel said its job would be “to promote harmonious relations among the citizens of Albany.”

Over the last few months, according to its minutes, the panel has talked about getting the wording changed, and this came up before the council Wednesday.

One requested change: Instead of the bit about “harmonious relations,” the commission would be set up “to strengthen connections within Albany’s diverse community.”

The other change would amplify another section by adding the phrase “committing to diversity, equity and inclusion.”

Councilman Rich Kellum objected to the addition of what he called “buzzwords.” He also complained that Javier Cervantes, chairman of the commission, had reneged on a deal that he, Cervantes, would notify Kellum anytime he wanted to bring something to the council.

“Do not disparage me, Sir,” Cervantes shot back. He and Graham Kislingbury, another commission member, sat before the council as their requested ordinance change came up. (In case people don’t remember, Kislingbury and I worked together for years at the Albany Democrat-Herald. He’s retired now, too.)

It was a rare flareup between a council member and someone presenting a proposed revision in the city code. This is the background I got from Kellum and Councilman Mike Sykes:

When Sykes took office in January, it was up to him to appoint a member of the commission as Cervantes’ term was up. He named someone else, and according to the two councilors, commission members raised a fuss. Kellum also had an open position on the panel, and after a meeting with Kislingbury and Sykes in Sykes’ office, he agreed to appoint Cervantes to smooth things over. That’s when, Kellum says, he asked Cervantes to give him notice when matters would be brought to the council so members could think about sensitive issues ahead of them being broadcast on cable and online.

It takes unanimous council consent to pass an ordinance at the same meeting when it’s first proposed. The upshot Wednesday: Kellum, Sykes, Bill Coburn and Bessie Johnson withheld their consent, so action on the changed wording was postponed till the next council meeting July 12.

If you’re wondering why the commission wants its mission changed, you’re not alone. Especially since another section of the existing law says members of this panel already are expected “to be committed to the philosophy of inclusion, equal opportunity, and fair treatment for all residents of Albany.”

What more could anyone want? (hh)

The story has been edited to add Johnson to the others who voted against advancing the ordinance. I had mistakenly left her name out before. (hh)