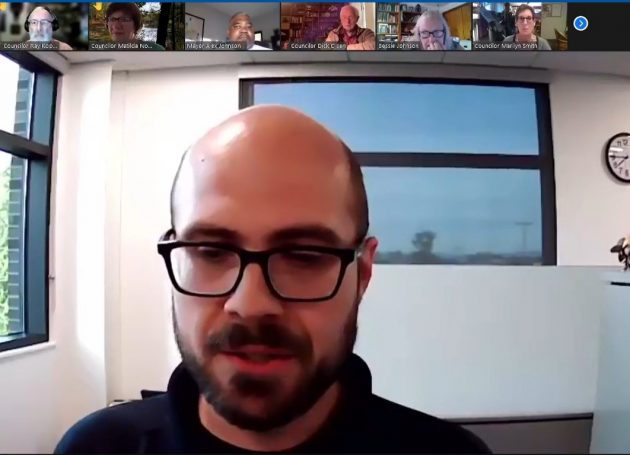 Albany’s new food truck ordinance is intended to even the playing field for operators of these businesses and reduce their city fees, the city council was told Wednesday before unanimously passing it into law.

Councilor Bessie Johnson questioned a couple of the items I mentioned in a story yesterday: the prohibition of “additional lighting,” whatever that means, and limiting outdoor heaters to one.

Code Compliance Officer Kris Schendel says those limits are meant to apply only to food trucks permitted under this section of the city code. Operators that want outside lighting and more heaters can have them, he said, but they would have to apply to the planning department under land-use regulations.

As for ADA-compliant picnic tables, Schendel said ADA compliance is required by the state for any food business that provides seating.

The council was unbothered by parts of the text that seem unclear, at least to me. One section, for example, says that “each MFU shall be deemed in compliance with the Oregon Fire Code,” which says exactly the opposite of what is meant.

When the the subject of a new food truck ordinance came up in March, the council was told Albany has 18 food trucks.

Councilor Marilyn Smith said the new ordinance had the support of food truck operators and their state organization, a point she also made in comments on yesterday’s story on this site.

The council also  adopted a fee schedule intended to “defray cost associated with reasonable inspections, oversight, and enforcement actions associated with the operations of mobile food units (MFU) within the city limits of Albany.”

Owners who want a food truck on their property must apply for an “MFU authorization.” That will cost $100, and so will a modification of an application already approved.

The permit for an MFU will cost $200. This can be an annual permit, and renewing it will also cost $200. Applying for a modified permit will be $100.

The fees are less than what food truck operators now pay for city permits, according to Schendel, and below what many other cities charge.

City ordinances take effect 30 days after being signed by the mayor, which means this one should become law a month from now. (hh) 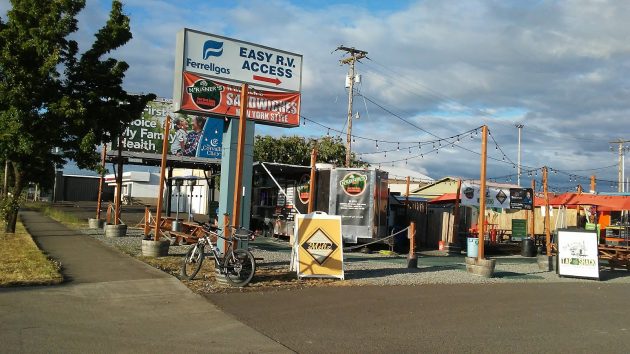 Food trucks on Pacific as seen on Tuesday evening.