Albany-Corvallis Bikeway: Don’t call it that 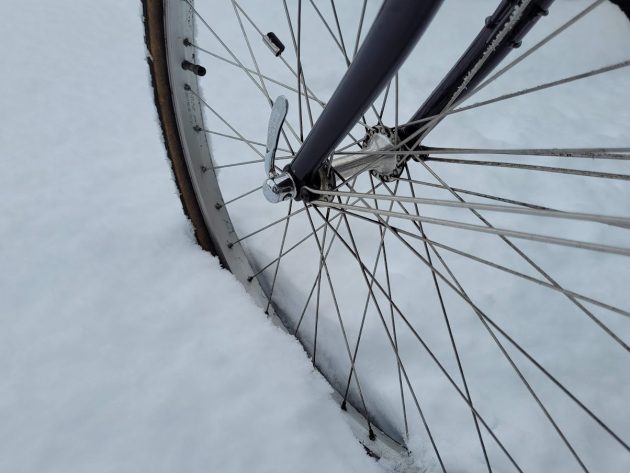 Thick snow on the ground makes a bike ride inadvisable, so instead let’s check into developments on the long-planned Albany-Corvallis Bikeway. And there are some.

The first is that Benton County officials have come up with a new name for this enterprise. They now call it the “Community Connections Project.”

“We believe,” the county says on the project website, “this better reflects the path’s purpose of offering the two cities a safe, new connection for pedestrians and cyclists to travel between the North Albany area and downtown Corvallis.”

Well, no matter how safe it is, you’re not going to find too many people covering the 10 miles between Albany and Corvallis on foot. Some intrepid runners might do so. But mostly  it will be people on two wheels who make that connection when it is built.

The second is the website itself. It is new, and you’ll find it here.

There’s a timeline and a route map, among other things. The map shows the bikeway following the Albany-Corvallis Highway (Highway 20). It goes west along the north side of the highway from Scenic Drive, then apparently goes over to the south side at Bowers Slough. It doesn’t say so, but maybe the idea is to have the path cross under the highway there.

As reported here before, a new alignment from North Albany to Scenic Drive has not been determined. The previous plan foundered on the objections to an undercrossing from the Union Pacific Railroad.

Third: Benton County says that one Corvallis segment of the path, about eight-tenths of a mile between Pilkington and Merloy avenues, has been “tentatively scheduled” for 2022. That’s assuming that the design and acquisition of right of way are completed in time.

The county says going ahead with this segment was made possible by a state grant awarded in 2021. You’d think they would spell out the amount of that grant. But that would be expecting too much. (hh)

“DEA is under contract for $452,630 design and ROW acquisition. The Community Paths Grant was in the amount of $990,000 for eventual construction.”

9 responses to “Albany-Corvallis Bikeway: Don’t call it that”