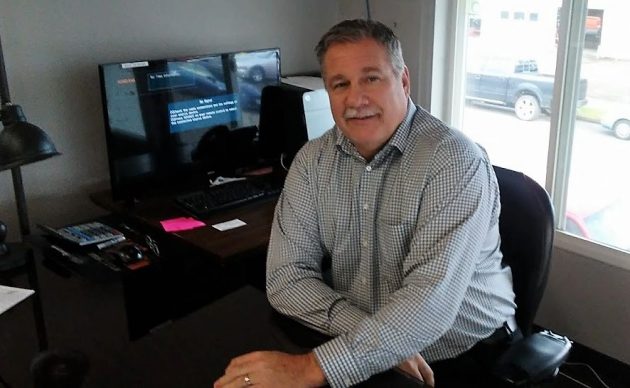 Readers kept asking about changes at one of Albany’s remaining new-car dealerships, and Friday I finally got around to finding out what’s what.

Dave Schnebly’s email Friday was typical of recent inquiries: “The signs of Mark Thomas Motors have been removed from the building on Santiam Highway for some time. The advertisement in the D-H dated Jan. 12 tells of ‘new ownership,’ however I have not heard about a change… The downtown location has been closed for some time. Do you have information on what is happening ?”

Yes, now I have. I visited with Mark J. Patrzik, the general manager, at what used to be MTM at 2315 Santiam Hwy. S.E. The business has changed hands, obviously, and the new name is Albany Chrysler, Dodge, Jeep (and) Ram.

The new owner is Steve Jackson, who also owns Toyota stores in Corvallis and Newport as well as dealerships selling other makes in Dallas, Texas, and Folsom, Calif. The ownership of the Albany business, meaning the two lots on the north side of Santiam flanking Davidson Street and together making up about 1.9 acres, changed on Dec. 1.

MTM’s downtown GMC lot between Lyon and Ellsworth was closed months ago. As I understand it, Mark Thomas has found a buyer for the property, and the sale is supposed to close soon. I did not get the name of the buyer, but I understand the new owner intends to use the site for something other than a car store.

Patrzik (the “r” is silent; the name is pronounced PATzik) has been with the dealership on Santiam for about a year, having moved here from Colorado Springs. He’s been in the car business for more than 20 years, has known Jackson for a long time, and recommended him as a prospective buyer when Thomas wanted to get out of the business.

Albany Chrysler has about 45 employees, Patrzik told me. The lot east of the main building had been where new Hyundais and used cars were sold. Hyundai is no longer part of the business, so now the lot is where Albany Chrysler has its used vehicles.

Unless I’m forgetting something, Albany has four new-car dealers left: Power Honda, Lassen Chevrolet-Toyota, Roberson Ford, and now Albany Chrysler. As Patrzik told me, it’s less common these days for dealerships to start with an owner’s name. Hence the “Albany” name of the business where’s he’s in charge. (hh) 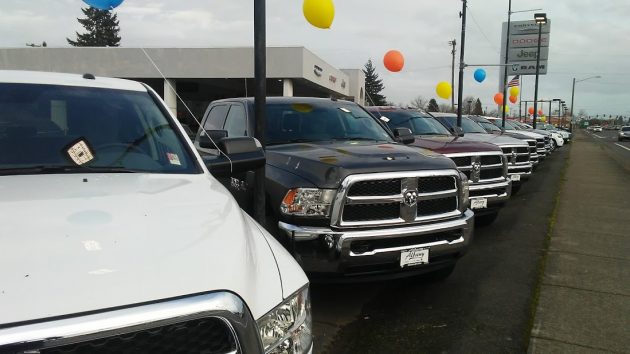 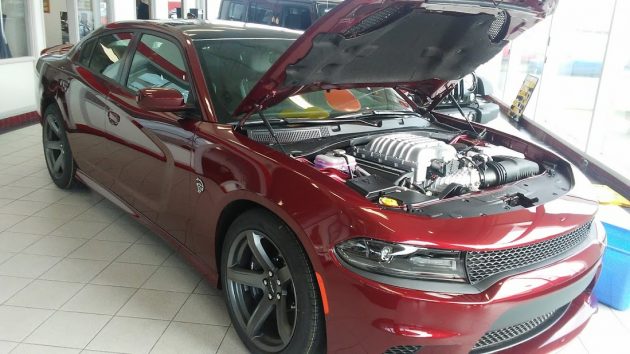 It’s hard not to marvel at this Charger Hellcat with its 6.2-liter supercharged Hemi V-8 that, I’m told, can develop more than 700 horsepower.

I enjoy. Your blogs and “ Thanks”. Dave Schnebly