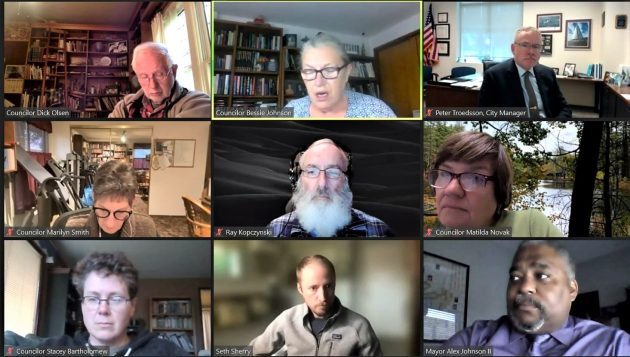 Whether Albany will start a registry of local businesses is still undecided after Monday’s work session of the city council.

Mayor Alex Johnson II, meanwhile, would like Seth Sherry, the economic development manager who brought up the idea, to come back with a proposal in November or December.

Sherry had broached the notion of a business registry with the council last summer. He says having a list of local  employers, the nature of their businesses, and their contact information would have many benefits for the city as well as the enterprises listed.

Chief among them would be the city’s ability to reach out to businesses during emergencies such as the Covid pandemic, when the city had a hard time reaching firms to tell them about the grants and other forms of aid available to them.

The details of any registry are undetermined so far.

Also unclear — or undecided — is how much a business would have to pay to be included, or whether indeed a fee would be charged at all.

Sherry says he does not envision a license for the right to do business in town. But if signing up ends up being required, it would amount to a license anyway.

Would information on the list be public? Answering a question, Sherry said he envisions it to be restricted for internal use by city staff. No one asked let alone answered this question: Under what section of the Oregon Public Records Law would the names or other information on the registry be exempt from public disclosure?

(For a complete rundown of what everybody said, check the work session’s recording on the city’s Facebook page.)

So, a lot of unanswered questions. But since the mayor wants this topic to come back to the council by December, Albany businesses might get an answer before the end of the year. (hh)