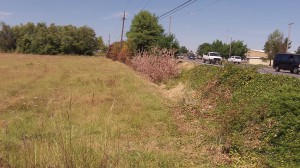 The police department would go here, on the west side of Pacific Boulevard. 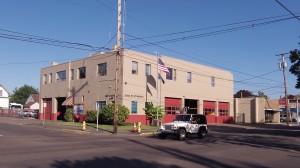 Fire Station 11 is to be razed and replaced at the same site.

An Albany bond issue to pay for new police and fire stations should pass because those facilities are needed. But its passage will be made easier if the council makes sure the issue is not needlessly complicated by urban renewal.

To be clear, if voters approve a general obligation bond issue of $20.3 million, as proposed by the city council, all the proceeds of the bond sale will go to building police and fire stations. But the city’s downtown urban renewal district, CARA, routinely receives a share of all property tax money collected in Albany. So, of the annual property tax imposed to pay off the bonds over 20 years, a share would end up with the urban renewal district.

That probably is not what voters intend when they vote on the bonds, and to avert this possible distraction, City Manager Wes Hare says he will recommend that CARA “underlevy” that amount in the coming years, so in fact none of the bond tax would be skimmed off for urban renewal. The council, which governs the urban renewal district, will no doubt accept Hare’s sound recommendation. To be sure, it could pass a motion to that effect when it meets as the CARA governing board later this month, or at least before October, when citizens will start voting on the bonds. (hh)

From Councilman Ray Kopczynski: Presuming the city manager makes such a proposal, and inasmuch as proceeds from *new* bonds and/or levies have never been part of my calculations vis-à-vis CARA, I will have no qualms in supporting the city manager’s proposal.  However, I do take exception to the usage of the word “skimmed” since any proceeds would be used in accordance with state law.

From Gordon L. Shadle:  I’m happy to hear that Wes Hare is willing to make this recommendation. But before I take him seriously, let’s see if he also recommends underlevying the other voter-approved measures like the Linn County law enforcement local option, the Vets’ Home local option, the 4-H Extension District, the city’s police/fire levy, the LBCC bond, and the GAPS bond. Voters certainly did not intend to have CARA skim from these taxing districts. If Wes Hare only recommends underlevying his new bond, then I can only conclude that he is in campaign mode and not sincere about being honest with the voters.

From Chuck Leland:  I would think the city attorney would have something to say about CARA forgoing its portion of city tax on real property.  I am not sure it will be as simple as taking Wes Hare’s suggestion, without changing the CARA rules substantially.

From Tom Cordier:  No rules for deciding to underlevy need to be changed. All that’s needed is for the ARA Board to decide to underlevy. That board has always had that option. Lebanon decided to underlevy last year, which allowed Linn county to keep about $350,000 for the sheriff’s operations.
I would suggest that the ARA make that underlevy decision now. Then the council can place a statement in the summary section of the ballot making the commitment to the voters to underlevy.

From Councilman Rich Kellum:  My understanding is while the ARA can under levy, any under levy would be spread across all the levies, not just the one we are looking at.  We might have to completely under levy to achieve the goal stated.Aany underlevying would be proportionally distributed to all city taxing authorities. I’m told by County officials underlevies cannot be targeted to a specific bond. The new just-passed legislation: however might have some application.

From Tom Cordier:  I agree with Councilman Kellum — any underlevying would be proportionally distributed to all city taxing authorities. I’m told by county officials underlevies cannot be targeted to a specific bond. The new just-passed legislation, however, might have some application.