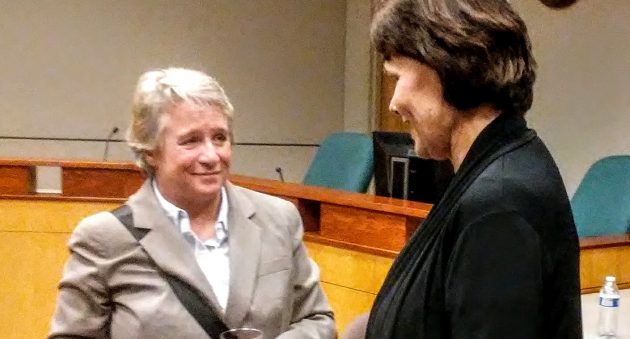 Marcia Harnden, a captain in the police force of Bellevue, Wash., has been selected as the next chief of the Albany Police Department.

The city made the announcement via Twitter and other social media on Tuesday afternoon. It said City Manager Peter Troedsson had offered Harnden the job if she passes a background check, which is presumed to be a formality considering that she has been a police officer in Washington state since 1993.

She was one of four finalists who underwent several interviews last week and also answered questions at a public forum. The others were Capt. Brad Liles of the Albany police, Marc Denney of La Center, Wash., and Shane McSheehy of Florida.

The new chief will succeed Mario Lattanzio, who came from the police in Mesa, Ariz., to take the Albany job in 2013. He plans to retire at the end of January.

The city’s announcement of Harnden’s selection included this portrait.

3 responses to “Albany announces choice for chief of police”