Aiming at renewal in Hackleman District 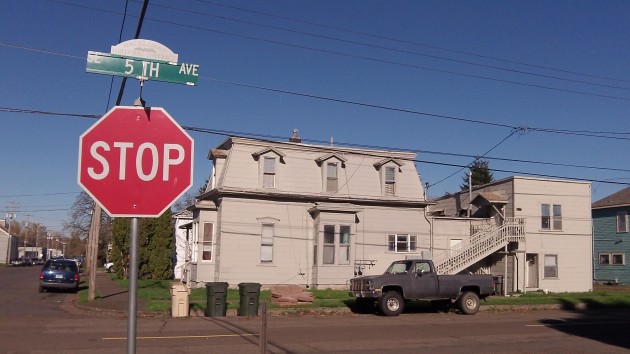 Albany’s downtown urban renewal program is taking a step to encourage people to buy and restore older homes in city’s Hackleman Historic District east of Lyon Street. At its meeting on Wednesday (Nov. 20), the advisory board of the Central Albany Revitalization Area unanimously voted t go ahead with a “Historic Home-Buyer Loan Program.” Under this program, people who buy pre-1946 houses in the Hackleman District and live in them can apply for CARA loans toward the cost of exterior restorations and structural work on the interior, including restoring single-family homes that have been divided as apartments. 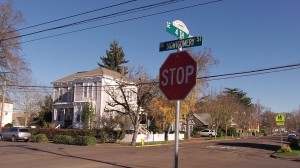 On Montgomery Street in the Hackleman District.

Applications are due within a year of buying a house. Each loan would amount to 20 percent of the restoration’s cost. A  project must cost at least $40,000 to be eligible and must be approved by the city’s Landmarks Advisory Commission.
CARA plans to invite applications four times a year, starting in January. It has set aside $70,000 for the program for a year.
The Hackleman District has some nicely restored historic homes but also many that have been divided into smaller units and show the ravages of their age. The program amounts to a small step so far, but if it works it could be the start of rejuvenating that part of the old town. (hh)

2 responses to “Aiming at renewal in Hackleman District”