After the storm: The scene on Bryant Way 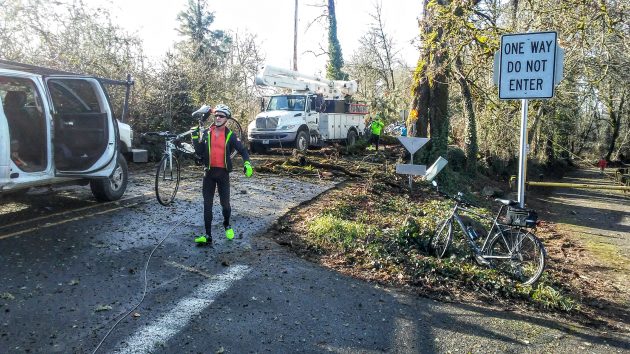 Cyclists lift their bikes across the fallen tree on Bryant Way today.

One of the scattered power outages reported in the Albany area overnight happened here, on Bryant Way, when Tuesday night’s storm blew a tree across the road. I came across the crew working to fix the outage around mid-day.

They told me power had just been restored. According to Pacific Power’s online outage map, the first report of this one came in at 11:36 Tuesday night. The tree took out some wires, knocking out power to 25 customers.

That map is interesting. It gives a quick overview where outages have been reported, and the status of each. Check it out here.

Just before 1 p.m. today, Bryant Way was still blocked, as the picture shows. By now it’s probably been cleared up.

Unlike the cyclists in the photo, who were coming into Albany on Bryant, I did not climb across the fallen trunk and other debris. I had been headed out that way but turned around instead and took a quick tour of good old Bryant Park. It’s still closed to motor traffic, but the inner road around the park is dry. (hh) 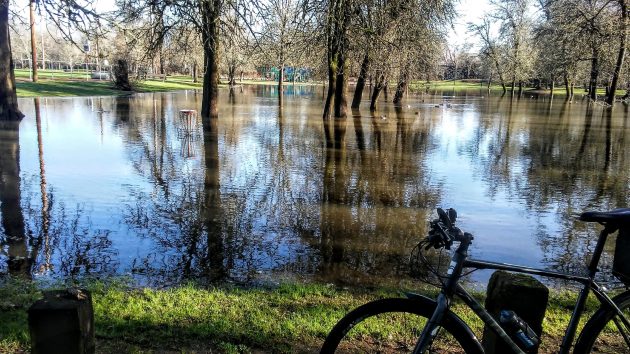 The seasonal pond in Bryant Park as it looked today.

One response to “After the storm: The scene on Bryant Way”