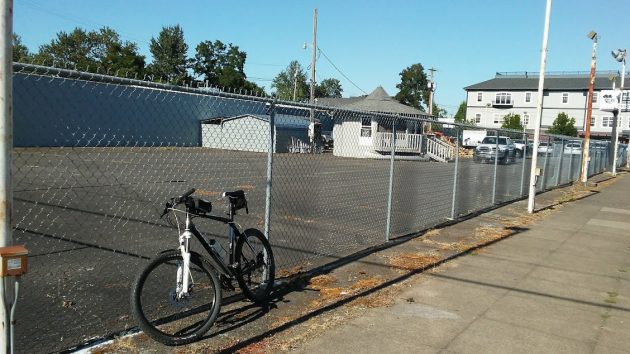 It was once a car lot, and now this corner of First and Baker will temporarily hold a bank.

Albany’s city planning division is reviewing a plan by Washington Federal to open a branch on a vacant lot east of Lyon Street, but it will be only temporary.

As I understand it, the Seattle-based bank intends to completely remodel its building at 300 Ellsworth St. S.W. It has submitted a site plan for a temporary branch at 201 First Ave. N.E.

The bank plans to put a 1,420-square-foot manufactured home on the western half of the lot that also houses a tree service. The property, and the tree service, are owned by Mark Pickens. The eight-sided sales kiosk that serves as Pickens’ office will remain, according to the plan submitted by a Seattle architectural firm.

The Washington Federal branch on Ellsworth was built in 1978 for State Savings & Loan, one of the institutions that went under in the savings and loan crisis that began in the 1980s. I’m awaiting word from Washington Federal on the extent and timing of its renovation project. At City Hall, planner Travis North told me he understood the temporary building would be in use for 18 to 24 months.

The plan for the manufactured house shows spaces for, among other things, safe deposit boxes, an office, a break room, a couple of teller windows, a work safe, and — on an outside wall — an ATM.

Approval of the site plan will be up to the planning staff. The city mailed a notice of the application to owners within 300 feet. If any of them have comments, the deadline for submitting them is Aug. 6.

When State Savings was built, they took pride in showing off with a chrome fire hydrant on the corner. I doubt the remodeling will bring that back. (hh) 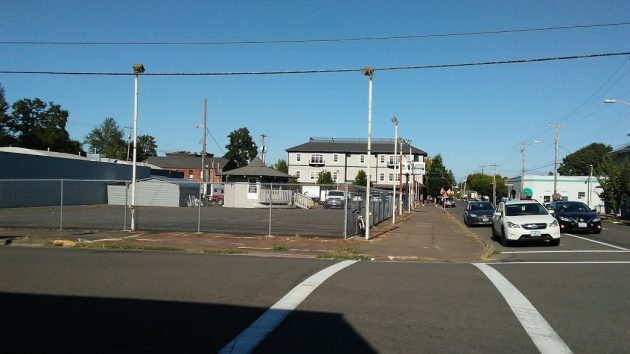 The site as viewed across Baker Street. First Avenue is on the right.