A spiffy new road in order to add jobs 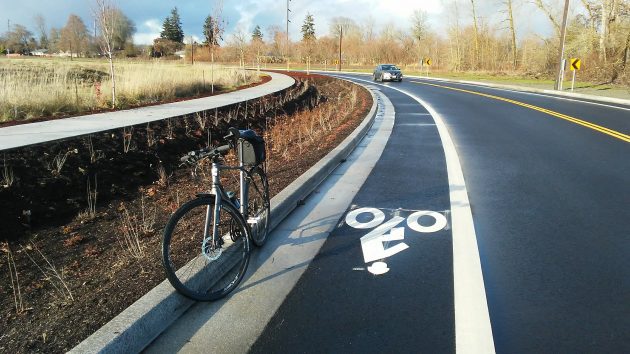 The newly paved section of Lochner Road has 6-foot bike lanes on both sides.

If you like new pavement and modern street improvements such as “stormwater quality planters,” go and check out Lochner Road on the south side of Albany.

North Santiam Paving of Stayton this year rebuilt and paved 2,400 feet of Lochner from its junction with Marion Street to a point near the state’s Oak Creek Youth Correctional Facility.

The result prompted all kinds of praise from the mayor and councilors last week, when the Albany City Council met for the last time in 2020.

Mayor Sharon Konopa was glad about the sidewalk that was added on the the west side of the road, a popular walking route for her and others. Councilor Mike Sykes was pleased about how the corner of Marion and Lochner was redone. Trucks now apparently have an easier time making the turn.

North Santiam got the job last April on a bid of $2.4 million, the lowest of three.

The city launched the project because Sno-Temp, a cold-storage business on Marion, said it needed Lochner improved so it can expand.

The financing is complicated and involves city street development fees as well loans and grants from various state agencies. The city acted as intermediary for the loan, and Sno-Temp will pay it off. The state aid obligates Sno-Temp to add 60 jobs within five years.

The whole thing came up before council again in order to make a technical change involving the loan, which the council approved. (If you want the details, check the Dec. 16 council agenda on “authorizing the conversion of interim financing provided by the Special Public Works Fund (SPWF) to a term loan provided by the Oregon Infrastructure Finance Authority (IFA).”

The council’s admiration of the completed paving project caused me to take a ride out there last Friday. Sure enough, it’s a beautiful road installation, complete with two newly smooth rail crossings, 6-foot bike lanes on both sides, and a sidewalk separated from the road by landscaping intended to catch the runoff when it rains.

In five years, somebody will want to check on the number of new Sno-Temp jobs and tell the council the result. (hh) 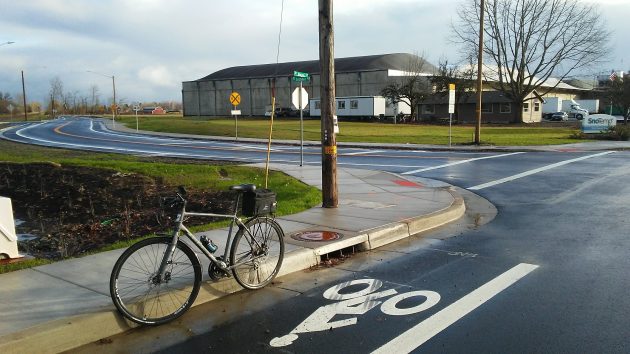