A sign of work: Those stacks of ties are gone 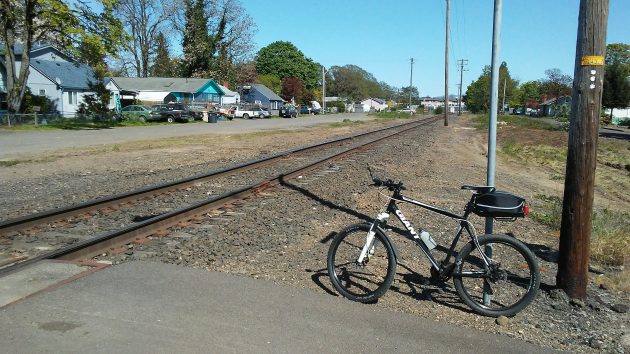 The track east of Burkhart Street, where the ties were stored before, on Thursday afternoon.

Big stacks of rail ties stored along the Water Avenue railroad tracks near Burkhart Street in late February now are gone, and so is the aroma of creosote they gave off.

On February 28 I noticed and wrote about hundreds of new wooden ties being unloaded and stored along the Portland & Western’s track. They were intended, obviously, for maintenance somewhere along the track, the former Oregon Electric line from Millersburg south, but I could not learn exactly where.

They sat there until this week, and as the bike took me past the spot on Thursday, they were gone. Residents nearby told me all the ties had been moved a few days before.

So what, you ask. So nothing. But during these days of business and industrial slowdowns and shutdowns because of the coronavirus, it may be worth noting even little signs of progress, work, and change when they take place. (hh)

4 responses to “A sign of work: Those stacks of ties are gone”