A safer walk, but will they? 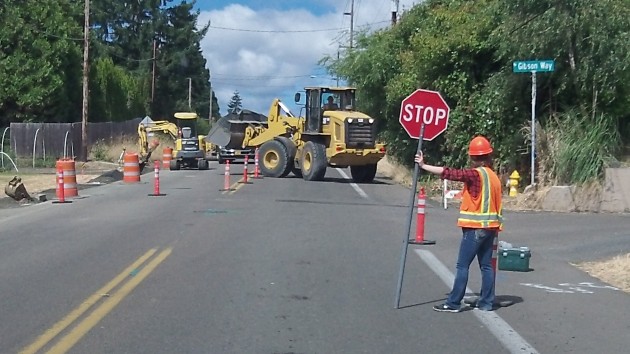 Waiting for a friendly flagger to give me the go sign on Gibson Hill in North Albany, I’m not just wasting time and drumming my fingers on the steering wheel. No, I’m thinking about school kids and their parents, and I’m hoping that the million dollars this project is costing will be money well spent.

It was about 10 years ago, if I’m remembering this right, that a mother complained her children had no safe way to walk or ride their bikes to North Albany Elementary or Middle School. (I can’t remember which, and maybe it was both.) Their worry was that walking on the Gibson Hill shoulders puts anyone within a few feet of cars passing at 45 mph or more. Other parents joined the mother’s cause. They went to the city council and to the newspaper.

I wrote an editorial. The parents were persuasive, and the council resolved that a sidewalk on Gibson Hill should be built. It took a long time and the children whose parents raised the issue grew up and probably moved away, but the city of Albany eventually secured a federal grant of around $1.2 million to design and construct a path away from the travel lanes.

This year ODOT (which is administering the grant) awarded an $864,100 construction contract to Emery & Sons of Salem, the contractor who is also rebuilding North Albany Road. The path meant for school kids will be finished in the fall. It goes from Scenic Drive to the roundabout on the south side of Gison Hill, and down the other side of North Albany Road to the schools.

The big question is: Will children use it? Or will today’s parents of North Albany school kids allow them to walk or even ride their bikes on the Gibson Hill path, use the crosswalks at the roundabout and Quarry and get down the hill to their schools? Or will the parents be too worried and chauffeur their kids instead, as many have been doing for years?

We all want kids to be active, independent and confident and learn about getting along in the wider world. Toward that end, getting to and from school under your own power — and planning it so you get there on time — would be a good start. They can’t do that if parents won’t let them go. (hh) 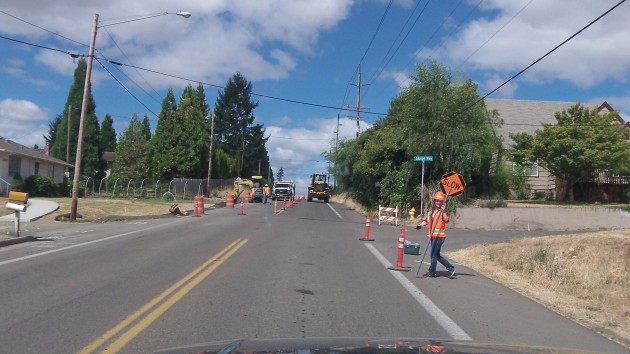 The wait is over, step on the gas.