A reminder of a case yet to be solved 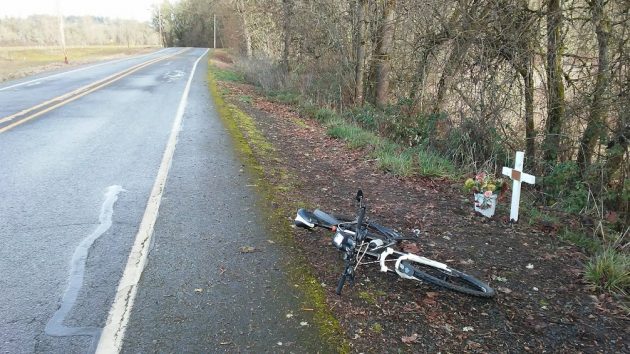 I put down the bike to take a closer look at this roadside memorial on Bryant Way.

This is the spot on Bryant Way where, on Oct. 30, 2017, somebody found the body of Albany resident Aurelio Reyes Zamora. The investigation of his death is still open.

I don’t know who put the memorial there, or exactly when. Bryant Way is on one of my bike routes, and on Jan. 10 I spotted the little cross and flowers for the first time. In Spanish, the brass plaque on the cross says, “Your memory will live forever in our hearts. D.E.P.”

Aurelio Reyes Zamora was 43 when he died. According to a newspaper article after his death, his family had last seen him on Sept. 27, 2017.  A month later he was reported missing.

The Linn County Sheriff’s Office has been looking into the case. Sheriff’s Detective John Lovik, when I called him today, was not at liberty to tell me much because of the ongoing investigation, but he said it’s being investigated as a possible homicide.

Reyes Zamora had been working in farming and doing odd jobs, according to the detective. In June 2009, then listed as a Jefferson resident, he was struck by a car and injured while walking on Queen Avenue in Albany.

Investigators have been talking to people who knew the man, hoping to develop information.  I got the impression they have not yet got the break they need to close the case, which they want to do for the sake of the family and, of course, justice. So if there’s anybody out there who knows something pertinent, call Lovik at the sheriff’s office and let him know. (hh) 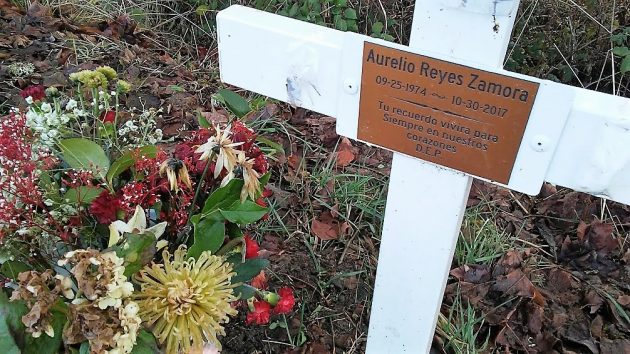