A question of notice: Too little, too much? 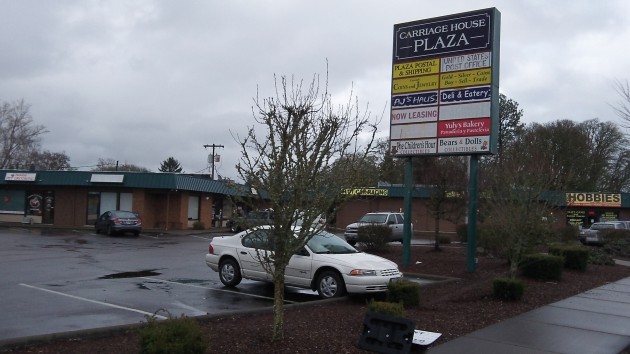 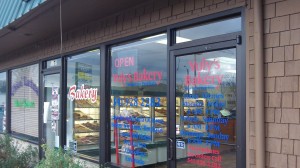 Yuly’s Bakery, a business in the Plaza.

No one testified in opposition before the Albany Planning Commission on Jan. 6 when the panel unanimously endorsed a code change to allow a Bottle Bill redemption center. A month later, when the issue came before the city council, five people testified against the idea and two others wrote letters, also opposed. What made the difference? Hard to say, but two things did happen.

One was that Kate Porsche, economic development and urban renewal director, had sent emails to her contacts in the neighborhood near the proposed center before both hearings. She urged them to make themselves heard “pro or con,” and the first email was neutral on the issue itself. But before the second hearing, she made clear that she and the planning staff were against the proposal as being “not consistent with the purposes of the code for this area and we recommend denial.” And she reminded the email recipients, some or all of whom had taken part in the CARA urban renewal program earlier, that “your testimony can help shape your neighborhood.”

She was not alone in rallying voices to speak up. City Councilor Dick Olsen, who also opposed the zoning code change for the redemption center there, says he got on the phone and telephoned three or four people. At least two of them testified against the proposal before the council.

People with a likely stake in the decision who did NOT get special notices or reminders were the tenants with businesses in the Carriage House Plaza. They are across from 1224 Santiam Road S.E., the vacant former Salvation Army thrift store the Oregon Beverage Recycling Cooperative had planned to remodel as a fully staffed bottle and can redemption center at a reported cost of $350,000. And they might have benefited from the additional traffic near their stores.

Tom Cordier, the civic activist, brought this lack of notice to the council’s attention on Feb. 26 and urged the city do a better job notifying all people with a likely interest in land use changes. This prompted City Attorney Jim Delapoer to explain that land use decisions are highly regulated as quasi-judicial processes and that going beyond the prescribed notifications might cause problems. He didn’t mention the special reminders the opponents got in this case. And Councilor Bessie Johnson observed that the “neighbors were all there,” so the city’s notification must have been fine. She didn’t mention the extra effort of opponents on the council and staff either.

As for the quasi-judicial aura, how would it look for a judge to line up witnesses for one side in a case coming up? 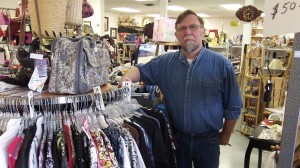 Chris Sutter, the owner of The Towne Peddler in the Carriage House Plaza.

One of the businesses in the strip mall is The Towne Peddler, a second-hand shop. It was open Sunday afternoon, and Chris Sutter, the proprietor, confirmed he had not heard of the bottle center issue until after it was decided. He’s trying hard for his store to become known. Three tall advertising banners were fluttering near the street outside. Also open was Yuly’s Bakery, with a whole shelf full of pastries and a business card that says “todo tipo de Pasteles.”

Hard to believe these and other stores in the strip mall might not have had something hopeful to say about the prospect of a thriving new business across the street — if they had gotten a notice or reminder, whether by email or phone. (hh)


7 responses to “A question of notice: Too little, too much?”