A question about felons and guns 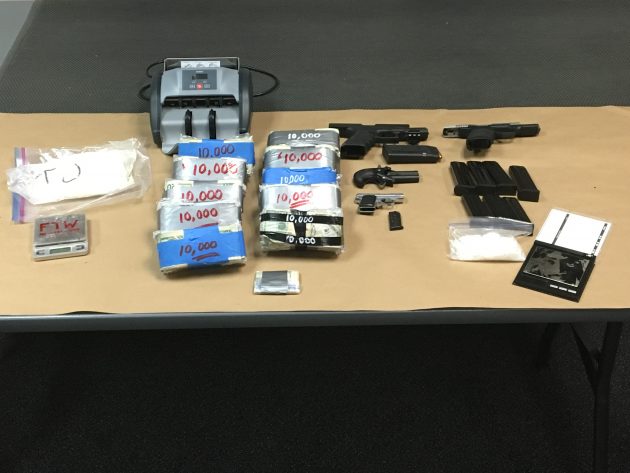 Four handguns were among the items Albany police seized at an Salem address.

When it comes to gun stories in the news, one question of considerable interest is rarely addressed: Exactly how did the felons in the stories obtain the firearms they are charged with unlawfully possessing?

The presumption behind the laws on background checks is that they have a purpose, namely to keep guns out of the wrong hands including those of felons. How valid is that presumption in the real world? Not at all, judging by the news.

On Monday, the Albany police announced the results of two drug crime investigations over the past week. They made eight arrests and seized, among other things, six guns.

In one of the cases, three people were stopped in a car on an Albany street. Two were charged with being felons in possession of a firearm. It’s safe to assume they had the alleged guns without having gone through the required background check. So how did they get them?

In another of the cases, the Albany police raided an address in Salem, where they seized methamphetamine along with more than $100,000 in cash and four handguns. The police sent along a photo of some of the items seized, including the four guns. No one had yet been charged in that case by the time the police issued their press release Monday morning. But again, how did the guns find their way to that place?

It’s important to point out, in passing, that nobody shot anybody in this story, so the guns are not the biggest part of the news. And in theory having a weapon seems to make sense — for deterrence alone — if you’re going to deal with illegal drugs and store mountains of cash. Clearly we don’t want drug criminals to be armed to the teeth. They are assumed to be armed, though, which is why SWAT units help serve search warrants in these cases.

It is no news that requiring background checks for almost all gun transfers does not actually keep guns out of the hands of felons. But every once in a while, somebody ought to point this out when a story comes along that reinforces the point. (hh)


17 responses to “A question about felons and guns”