A piece of railroad history 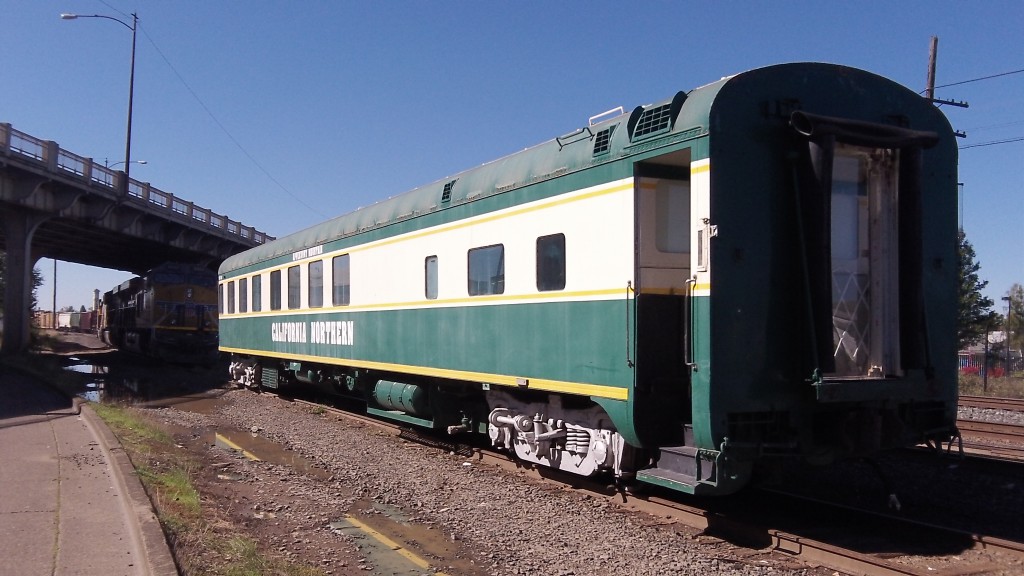 There’s a story behind this passenger rail car, which was parked under the Albany overpass a few days ago. To get it, I went to Bob Melbo, who has had the answer to every railroad-connected question I have ever asked him.

The lettering says the car belongs to the California Northern, a subsidiary of RailAmerica. And Melbo, formerly with the Southern Pacific, then the Portland & Western and now with ODOT-Rail, came through as usual.

He says this observation car, named the Appekunny Mountain, was built in 1950 for the Empire Builder, which ran between Chicago and Portland and Seattle. It had 32 seats in the lounge and two roomettes at the forward end. In 1984, painted in the colors of the SP’s “Daylight,” it brought up the rear of a special train to the Louisiana World’s Fair in New Orleans.

The Genesee & Wyoming, parent company of the Portland & Western, obtained the car when it bought RailAmerica last December, and the P&W just brought it to Albany for some work.

“Depending upon how the car checks out, inside and outside,” Melbo says, “Portland & Western may use it the last week of this month for a board of directors’ train and one or two VIP/customer trips over that portion of the Astoria Line between Port Westward (near Clatskanie) and Linnton (northwest Portland).”

The car was gone from its parking spot Tuesday morning, but while it was there, it was a nice reminder of railroad history. If the Portland & Western ever wanted to use it for an excursion special for invited or paying passengers — on the Toledo Branch, for example — it would be a welcome gesture indeed. (hh)

(This version of the stories contains two corrections. The original gave the date of the car’s construction as 1951 and said it had three rather than two rooms or roomettes in front.)

From Ted Salmons:  Sounds like your friend has a “multi-track” mind.  Nice info on the observation car.

Verle Steele, on Facebook:  Thanks for the info, Hasso. Always interesting to see mementos of our railway passenger history, and wonder why it is not in-grained into our transportation system today.