A noisy time at the farmers’ market

What’s a little extra noise when you’re at the Albany Farmers’ Market?

When I got there Saturday, something was making quite a racket. Turns out the emergency generator outside City Hall had turned itself on, and its diesel engine was pounding away.

As you know, the Saturday market is held outside of City Hall, in the parking lot and on one block of Fourth Avenue. The city administration is kind enough to keep the doors of City Hall open while the market is going on.

I walked inside and talked to the private security guard on duty. Seems the power in the building went off shortly before 11 a.m. and the generator kicked in right away. When I checked back later, he told me the generator had shut off again about half an hour later, evidently when it was no longer needed.

As you can see on the video, if the vendors and customers at the market minded the unexpected noise of the generator, they didn’t show it. Even the musicians played bravely on. (hh) 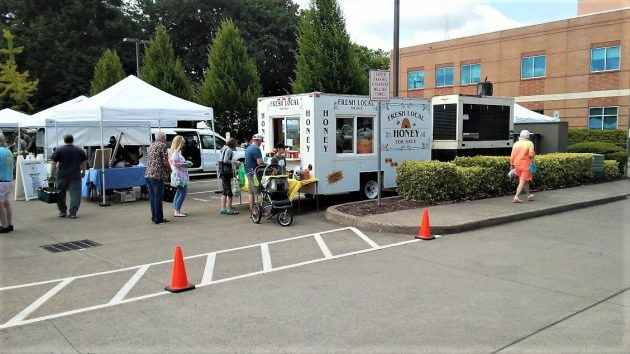 The woman in orange is walking past the big generator at the farmers’ market Saturday.


7 responses to “A noisy time at the farmers’ market”