A new playground for Henderson Park 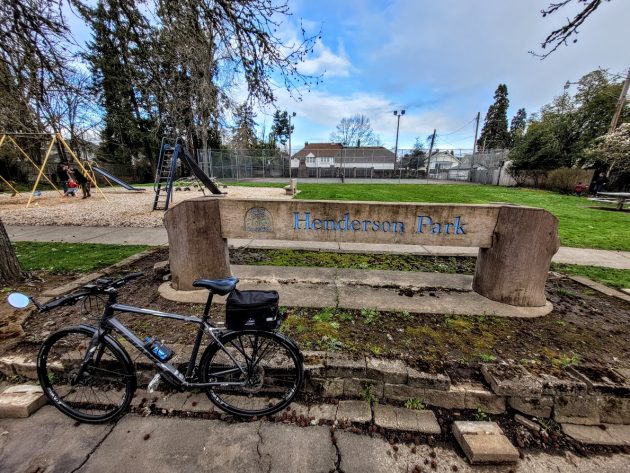 Albany’s Henderson Park was built on property donated to the city in 1936. Now part of it — the playground but not the tennis court — is expected to get a whole new look.

What made me aware of the plan was a notification from Polco, an online polling company under contract with the city. The email asked me to complete a survey concerning Henderson Park.

The little park, about one-third of an acre, is on Calapooia Street at the Eighth Avenue Canal. What’s the plan, I wondered.

“The playground has been on the replacement list for years and we are finally able to make it happen,” Parks and Recreation Director Kim Lyddane explained in an email. “The city services fee has helped to take some of the pressure off and allow us to actually try and tackle projects on our deferred maintenance list.”

(That’s the added fee that now appears on Albany’s utility bills, $9 a month for single residences, more for other customers.)

The city has published information about the Henderson project on its website and on the parks department’s Facebook page. “We are already getting great feedback,” Lyddane said. “It is nice to be able to move a project forward… We will be collecting feedback until the 28th.”

The old swings, slide and see-saws will be replaced with something more elaborate of the type, though not necessarily the exact style, of what’s shown on Facebook. (See images below.)

The park is in the Monteith Historic District. Lyddane says she has checked and learned that for the replacement of the play equipment, approval of the Albany Landmarks Commission will not be required.

From the online files of the Democrat-Herald on Newspapers.com, I learned that the park is named for Ella Maude Henderson, who died in 1935 and deeded her house to the city for park purposes. Her will was probated in 1936, and the city promptly accepted her gift.

(She also willed the city a 5-acre parcel near the Albany college and the Calapooia River bridge, north of the road, with the only condition that the property be maintained for public use. What happened to that property? The only park in the general vicinity was Hazelwood Park, which the city sold to neighbors last year.)

The clippings give no clue as to the age of the equipment to be replaced at Henderson Park. It looks kind of antique. A newspaper photo in 1975 shows part of the see-saws in the background. The photo is of Lew Hurd, MD, picking up trash people had left. He didn’t like to see the park across from his house get messed up, so he often rose at the crack of dawn to clean it up.

For the park renovation and new playground, the parks department has budgeted $175,000. This does not include anything at the tennis court except possibly paint if the money goes that far.

The court was built in 1939. The cost estimate that year was $1,300 and included the court, backstop, fences, lights, and a restroom. There’s no restroom now. Maybe the budget didn’t stretch that far. (hh) 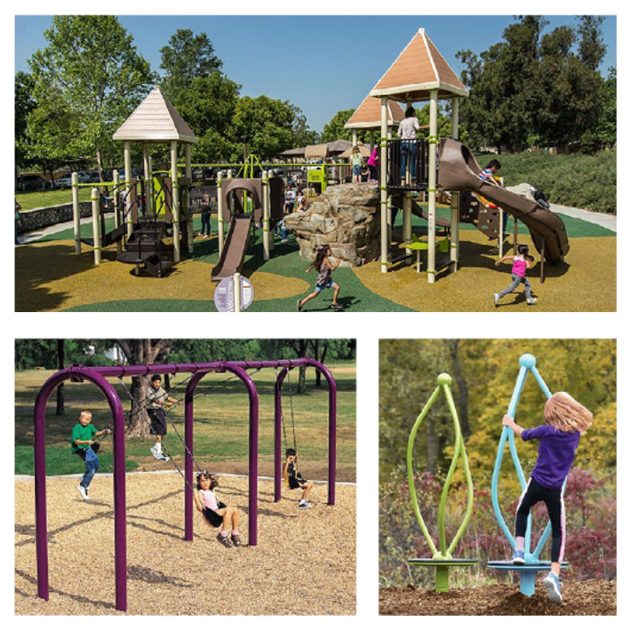 This is the type of play equipment the parks department is showing on its Facebook page for Henderson Park. 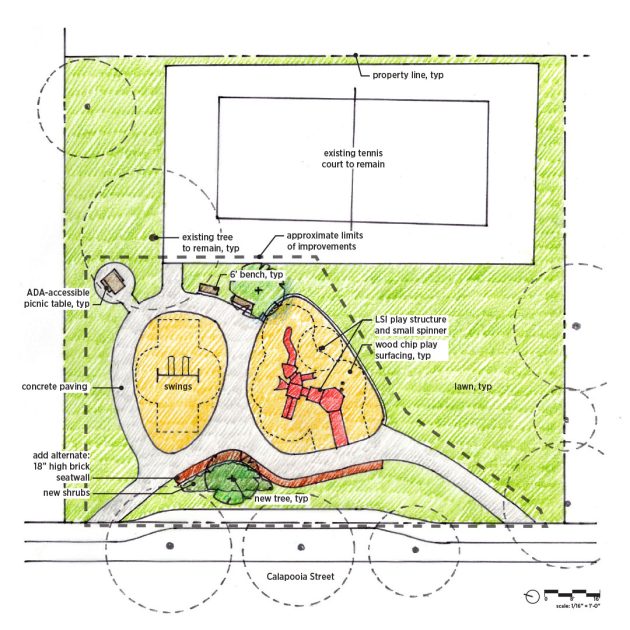 The parks department has publicized this as a potential layout for the new Henderson Park playground.

3 responses to “A new playground for Henderson Park”