A new dialysis clinic in Albany

One of the drawings submitted with the site plan for a new dialysis clinic off Pacific Boulevard.

The Albany Community Development Department is reviewing plans for a new medical building which, according to the drawings, will house a dialysis center, part of a large nationwide chain.

Architects based in Bellevue, Wash., have drawn up plans for a 7,500-square-foot building facing Pacific Boulevard at the southeast corner of Hill Street and Seventh Avenue. The applicants are asking for five lots bounded by the three streets to be consolidated for this project. They also request approval of their site plan.

All five lots are vacant. The part of the property on the corner of Pacific and Hill, at 1001 Pacific S.E., used to be a Winchell’s Donut House before it closed in the late 1980s and then was demolished. If you step on the lot, as I did Wednesday, you can still see the shop’s tiled floor. This area will become the parking lot. The clinic itself will back up to Seventh Avenue.

Plans submitted to the city show the building to be occupied by DaVita, a chain of 2,510 outpatient dialysis clinics with 70,800 employees serving an estimated 198,000 patients across the country, according to its website. The headquarters are in Denver. In Oregon, the company’s clinics nearest to Albany are in Salem, Woodburn and McMinnville.

Dialysis is a treatment to cleanse the blood of people with severe kidney disease.

This will be the second dialysis center in Albany. The other one, belonging to the Fresenius company, moved from Seventh Avenue in west Albany to a new building in the North Albany Village shopping center about a year ago.

City planner Laura LaRoque says she plans to send notices to property owners near the DaVita site by Friday. The deadline for submitting written comments is March 23. 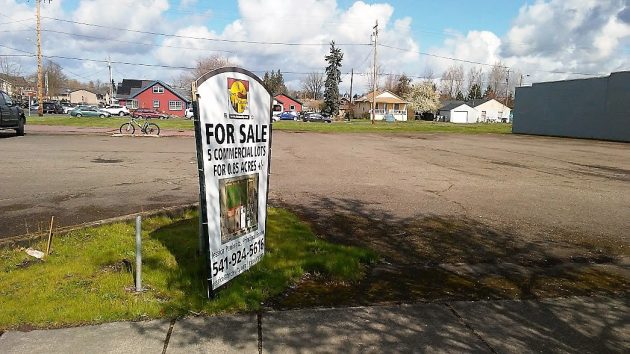 This is the planned medical building site as seen from Pacific Boulevard. 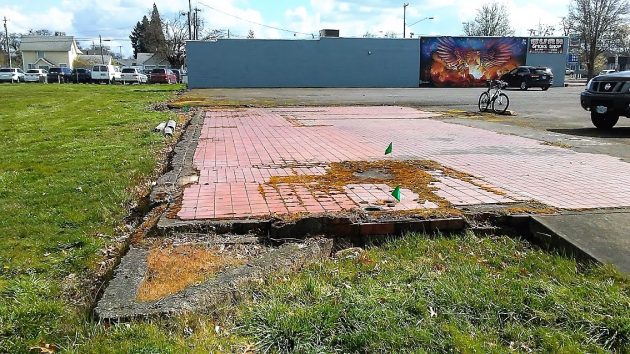 
5 responses to “A new dialysis clinic in Albany”