A marker for a time long, long ago 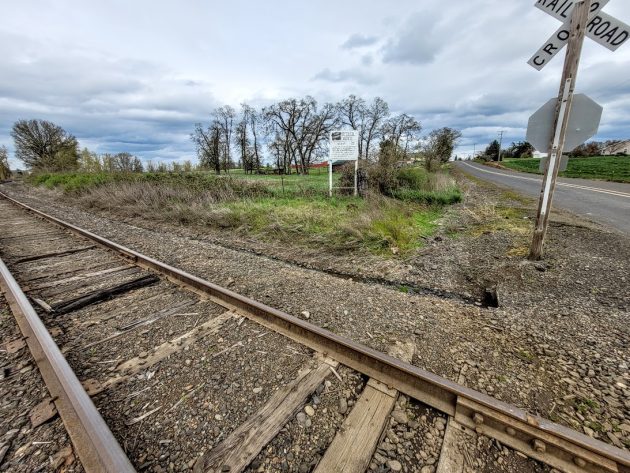 This is the junction of Gilkey and Goar roads in rural Linn County.

On a Sunday drive through the countryside of Linn County, Kathy and I came across this historical marker behind the railroad track about three miles west of Scio, where Gilkey and Goar roads meet.

Here’s a closer look so you can read it: 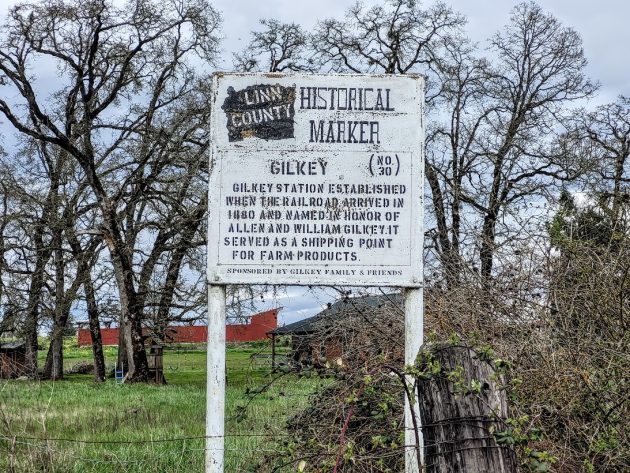 Gilkey Station. I  had never heard of it. So I’m glad “Gilkey Family and Friends” put up the marker. Judging from the weathering, this must have happened some time ago.

The rails running past the marker are those of the Mill City branch line that runs for 36 miles between the lumber industries of the Santiam Canyon and Lebanon. The line is part of the Albany & Eastern Railroad, which connects with the Union Pacific in Albany.

As far as I could see, nothing is left of Gilkey Station. But it must have been quite a community of families back in the day.

In the pages of the Albany Democrat and then the Democrat-Herald, Gilkey Station appears dozens of times during the early part of the last century, sometimes as a dateline, as in this dispatch in 1925:

Down a few paragraphs in this roundup of Gilkey Station doings, we read:

Watching grass grow was not the only excitement, though.

On May 10, 1923, the Albany Daily Democrat had this headline: “Albany Man Hurt When Hit by Truck at Gilkey Station.”

It seems that Curtis Oldenburg had been working with a Southern Pacific bridge crew near Gilkey Station. He was fixing his car “when a truck came past and ran into him, hurting his hip and causing other bruises.”

A doctor from Scio was called to attend to him, and he was taken home.

Gilkey Station has not appeared in the headlines for a long time. I’m grateful to the people who put up that marker. It prompts the passerby to try to imagine what life was like, on the farms of the Willamette Valley, a century ago. (hh) 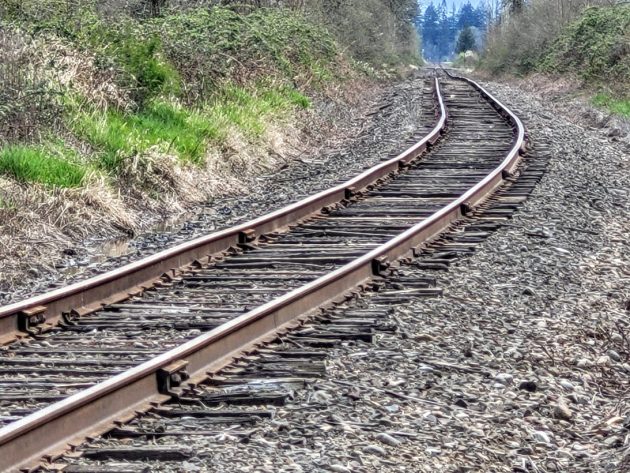 From Gilkey Station, the Albany & Eastern track curves away to the south.


4 responses to “A marker for a time long, long ago”