A lonely outpost, then and now – Hasso Hering

A lonely outpost, then and now 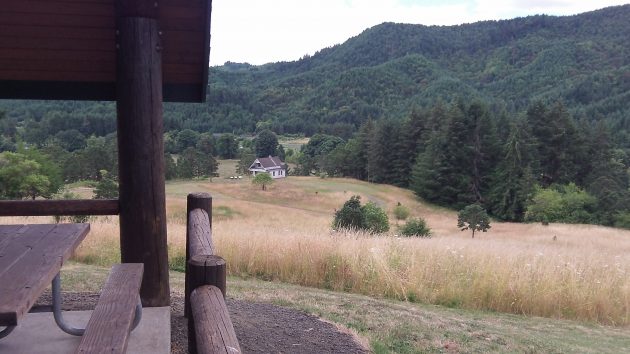 The view from the picnic shelter at Benton County’s Fort Hoskins Park.

In the wilds of northwest Benton County, there is Fort Hoskins. What’s fun about visiting this county park is to put yourself in the boots of the few dozen U.S. Army men serving there a century and a half ago and think about what their life must have been like.

If the place is isolated now — and it is, off Kings Valley Highway about 20 miles west of Albany — it must have seemed like the end of the Earth when the government established the fort in 1856. The army unit stationed there was to keep an eye on the newly established Siletz Indian reservation along the coast.

When the Civil War broke out, according to Scott McArthur’s book on the war in the Pacific Northwest, the government wanted federal troops at Pacific Northwest posts to return back east. So on Nov. 1, 1861, the author reports, Capt. Frederick T. Dent, the brother-in-law of Ulysses S. Grant, “marched his company of forty regulars of the Ninth U.S. Infantry Regiment out of the gate of Fort Hoskins … and onto a ship headed for California.”

No word in the book on which harbor, but one hopes they didn’t have to “march” the whole way. They were replaced at Hoskins by a unit of California volunteers. 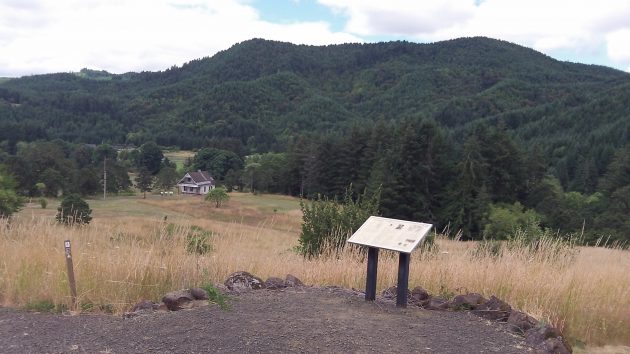 Over the Fourth of July, we drove out there just to take a look around. Nobody else was there to occupy the picnic shelter or enjoy the sweeping view across the valley where the army post used to be. In recent years, the commander’s house has been restored and moved to its original site, and you can see it down there on the valley floor. If you squint a little and let your imagination go, you can picture the troopers off in the distance, walking around and doing whatever they did to pass the time.

Benton County has owned the 130-acre grounds since 1991 and built a full-service picnic shelter there in 2002. You can make reservations and rent the shelter for big functions. Or you can just visit anytime during daylight and enjoy the view. You can even park in the “senior” spots. I don’t think there will be anybody there to check if you’re old enough. (hh) 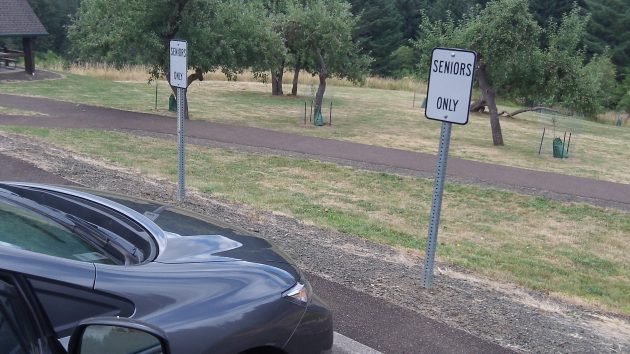