A growing ‘attraction’ on the Clark Path 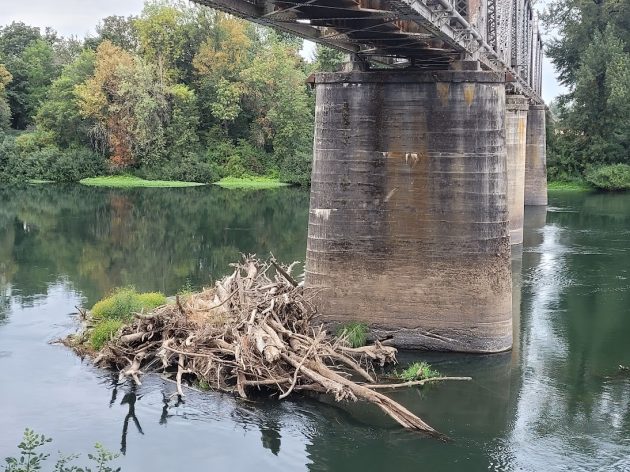 Taking a look under the Albany railroad bridge on the Willamette River on Sept. 13, 2022.

Is there anything special about the view above? Nope, not really. Except that the pile of driftwood jammed up against the pier is bigger than it was.

This logjam is one of the visual attractions on the Dave Clark Park. (There are not that many.) But you have to get off the paved path at least a little to get a clear view.

The last time this riverside phenomenon was featured here was in March 2021. At the time it reminded me of a similar jam about 10 years ago on the bridge’s center pier, the one that carried the rotating mechanism of the bridge back in the day.

That jam in 2012 caused some concern, and eventually the Portland & Western Railroad paid to have it taken apart and sent downriver with the water’s flow.

This pile now is not causing anyone to lose any sleep, or so it would appear. So we users of the Clark Path can keep admiring it as it grows — and even sprouts tufts of grass, as it’s doing now.

This coming winter, more dead trees and woody debris will come down the river, and some of that stuff will get stuck at this spot. Wonder how big a thing like that can get? (hh) 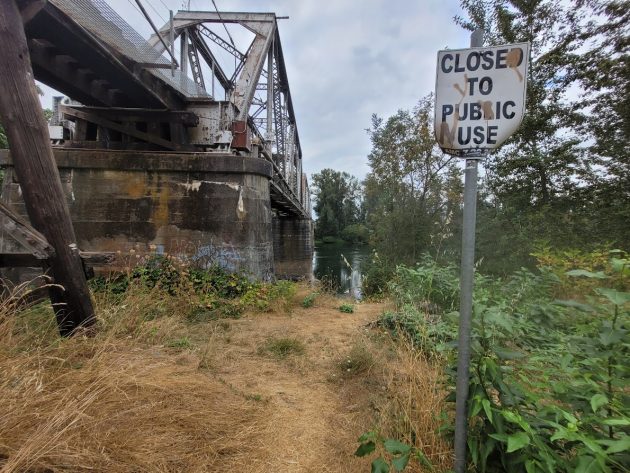 The riverbank may be be “closed to public use,” but the sign is often ignored.


5 responses to “A growing ‘attraction’ on the Clark Path”