A good man for governor 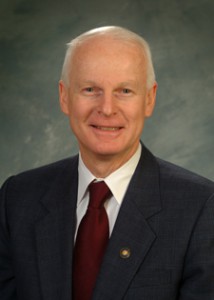 Dennis Richardson would be a good governor. But first he has to get elected. And judging by recent history, that’s likely to be a problem.

Richardson is a Republican state representative from Central Point in Jackson County. And Republicans face a huge hurdle in trying for statewide office. The hurdle consists of the Portland metro area, which has so many liberal and Democratic voters that they easily tip the balance and overwhelm Republican balloting strength in some other parts of the state.

On July 24 Richardson announced for the Republican nomination for governor in the 2014 primary. For 10 years he’s been a voice for sound budgeting in the legislature. When he was one of the three co-chairs of the Ways and Means committee in 2011, the legislature managed, over the objections of the teachers’ union and many Democrats, to set aside some money rather than spending all it had. In his monthly newsletters then and since, he has made the case for sound public pension reforms, one main requirement for coping with the state’s perennial budget problems.

Richardson is 63. He’s a lawyer, a Vietnam combat veteran and a father and husband who’s been married 40 years — to the same woman. In short, he is a solid guy. Knowing the odds he faces, he’s courageous as well. (hh)

From Shelly Garrett:  I agree with you. I had the opportunity to meet (Richardson) at an LBCC event and then somehow got on his email list which was my good fortune.  He is a very wise man. His explanations and strategies were very interesting and informative.  I didn’t realize he was going to run for governor.  I also Like Bruce Hanna, but haven’t heard about his plans yet.  Both men are outstanding!