A future full of aerial buzzing? 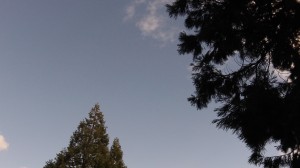 Waiting for a package from up there?

It’s fun to think up wondrous inventions, and some actually come true in time. Dick Tracy had wrist-mounted TV communicators, and now we have smart phones complete with video. But drones to deliver packages?

Jeff Bezos, the CEO of Amazon, says the company is testing just that, and he thinks delivering items with aerial vehicles might be possible in five years. The little “octocopters” would pick up packages at Amazon’s distribution centers and fly them to wherever they are addressed. And then they would land them on the driveway or lawn.

Such individual transportation is technically feasible. In Germany, engineers have demonstrated a two-person aerial vehicle equipped with a dozen or more rotors. People would get in, program their destination by GPS, and the machine would automatically fly them there. No pilot’s license, let alone training, would be required. The drone delivery system that Amazon is testing sounds a little like that.

It’s easy to think of all kinds of problems. Congestion and mid-air collisions are the most obvious since Amazon would not remain alone in doing this. But technology has its own momentum, and it would be foolish to think that this sort of thing can’t possibly come about.

Still, from our vantage point late in 2013, it seems more like a nightmare than a dream to envision commerce and transportation based on aerial drones. (hh)