A future bikeway and what to call it 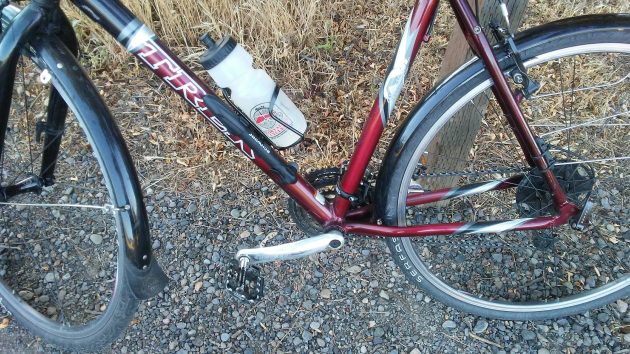 Turns out that contrary to what it says on Benton County’s project website, we can keep calling the proposed Albany-Corvallis Bikeway by that name or something like it.

In a story on Dec. 27, I reported that the county had a new name for the path. “Benton County is in the process of renaming the Corvallis-Albany Bikepath to the Community Connections project,” the county said online.

Since then I’ve had an email from Laurel Byer, the county engineer.

“I wouldn’t say we have completely renamed the project,” she wrote. “I am trying to break the project into pieces and a ‘Community Connection’ for the Asbahr/Pilkington neighborhood sounds a little better than the Corvallis to Albany Bikepath, Phase ‘Y’.

“All of the community connections will eventually equal the Corvallis to Albany (or Albany to Corvallis) Multi-Use Path.”

Whether it’s “Corvallis to Albany” or vice versa probably depends on which way you’re going.

But years ago, the state transportation people named the section of Highway 20 between the two cities the “Albany-Corvallis Highway.”

Since the proposed pathway mostly parallels the highway, it seems to make sense to follow the same naming convention for the path.

What we call it isn’t nearly as important as that the thing will eventually be built. Now that three small segments (the one Byer mentioned and two at Independence Highway and Granger Road) will soon be built, the chances of that are better than before. (hh)


4 responses to “A future bikeway and what to call it”