Housing stock gets a boost

Written May 22nd, 2014 by Hasso Hering
Comments: no responses. 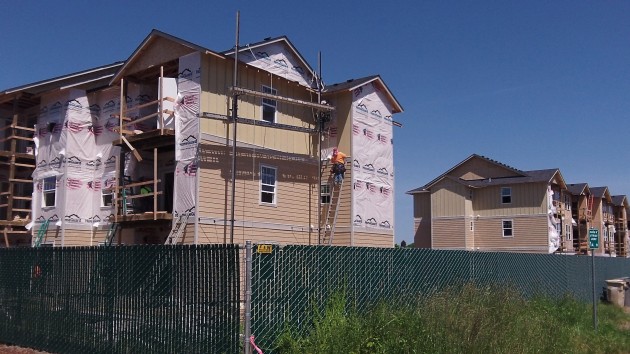 The Plum Tree apartment blocks at 34th and Hill in southeast Albany.

The housing stock of rentals in Oregon’s mid-valley will get a substantial boost this summer when two big Albany apartment complexes should be finished and ready to rent their units.

At the corner of Hill Street and 34th Avenue, the 90-unit Plum Tree apartments expect to start renting about mid-June. Construction of the development was held up during the winter over a misunderstanding having to do with wetland mitigation. The place will have one-, two- and three bedroom units. Rent of the smallest units starts at $795 a month. Two-bedroom units run up to $950 a month. 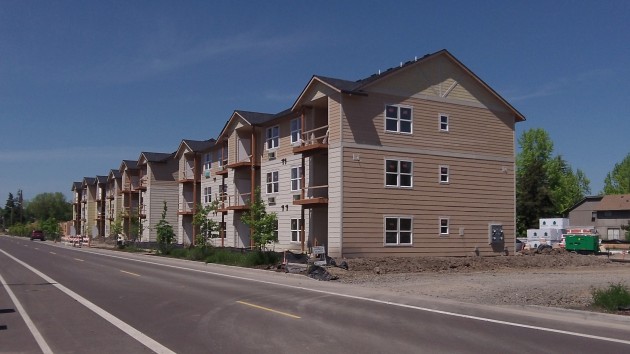 The Oak Street Apartments on, you guessed it, Oak Street.

Over on Oak Street near Queen Avenue, the Oak Street Apartments are nearing completion of some of their 81 units. The complex is just north of Queen Avenue between Oak Street and the Periwinkle Creek Bike Path. (I couldn’t immediately get details on the scheduled opening dates or rental prices, but some of the buildings look like they’re about as close to finished as those at Plum Tree.)

These two projects, consisting of several three-story apartment blocks each, represent the first big addition to the supply of rental apartments in Albany in several years. After issuing building permits for 44 apartments in 2008, the city building department issued none at all for four years — 2009 through 2012. Then, the Plum Tree and Oak Street projects accounted for all of the 147 apartment permits issued in 2013 and 24 so far this year. (hh)