$30/hour would be twice as good 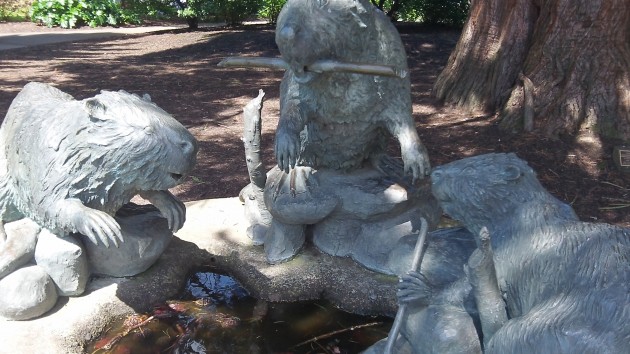 These are inanimate, but inside the Capitol they’re beavering away for higher pay.

If Democratic lawmakers, initiative sponsors and the governor all think they can force employers to pay higher wages, why do they settle for half-measures? Why don’t they just go ahead and require that everybody with a job be paid, say, $20 an hour, or $30 for an even better deal?

Well, you say, they don’t do that because it would be economically impossible. It would destroy many businesses and should not be done. That would be the correct answer. But the promoters of increasing the minimum wage don’t care about the effect on business, at least not much. Gov. Kate Brown, for example, has just called for wage increases in Portland higher than in the rest of the state. Her reasoning: It costs more to live in Portland.

It’s probably true that some things, housing for instance, are more expensive in Portland than in less densely populated parts. But if we’re going to base the wage laws on what people need to live some place, then we had better take additional steps. Somebody who lives in an expensive condo then could by law demand more pay than someone who has the same job but lives rent-free with her parents. Somebody with child-support obligations would have to bet a bigger salary than somebody who does not.

What we should say instead is “Here’s what this job pays. If that’s too low, don’t take it and seek a better one.”

The governor’s proposal would raise the Oregon minimum wage in stages from $9.25 an hour now to $15.52 in Portland and to $13.50 everywhere else by 2022. Various pending initiative proposals would shoot for similar amounts faster, without the difference in geography.

None of them consider that somebody has to pay those wages and employers who can’t afford to do so will have to close up or move. Or replace employees with machines. The state wants to guarantee workers a certain income. That would be great if only it would also guarantee employers that they can pay the required wages without going broke. (hh)