Work off Salem Avenue: Checking it out – Hasso Hering

Work off Salem Avenue: Checking it out 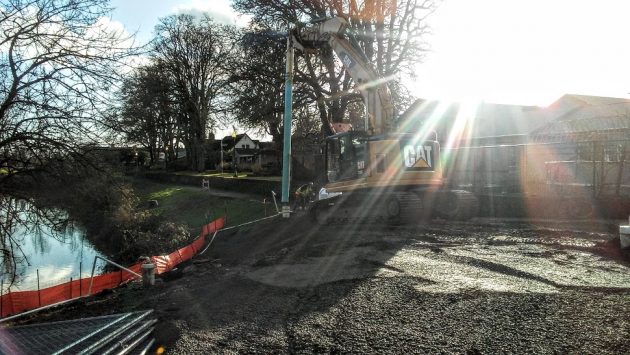 Before a snow shower hit on Tuesday afternoon, workers were busy in brilliant winter sunshine on an Albany sewer project just off Waverly Lake and Salem Avenue.

There’s nothing overly newsworthy about this, and I rode past the work site Tuesday mainly because someone had emailed with a question about what was going on there and why the street was going to be closed.

The city had scheduled a temporary closure of Salem Avenue near Waverly Lake for this week to allow the sewer project to proceed. But because of the forecast of “inclement weather,” the closure was postponed and is now scheduled for Jan. 21-26. Big signs on the busy thoroughfare give the new dates.

The work is on part of a new sewer line called the Cox Creek Interceptor. Under a $4.5 million city contract, K&E Excavating Inc. of Salem has been installing a deep sewer pipe — from 8 to 30 inches in diameter — from the treatment plant to Salem Avenue.

When that section of Salem Avenue is closed starting Jan. 21, traffic will be detoured via Albany Avenue, Pacific Boulevard (Hwy. 99E), and Waverly Drive. In a press release, the city warned of congestion. It also provided a detour map: 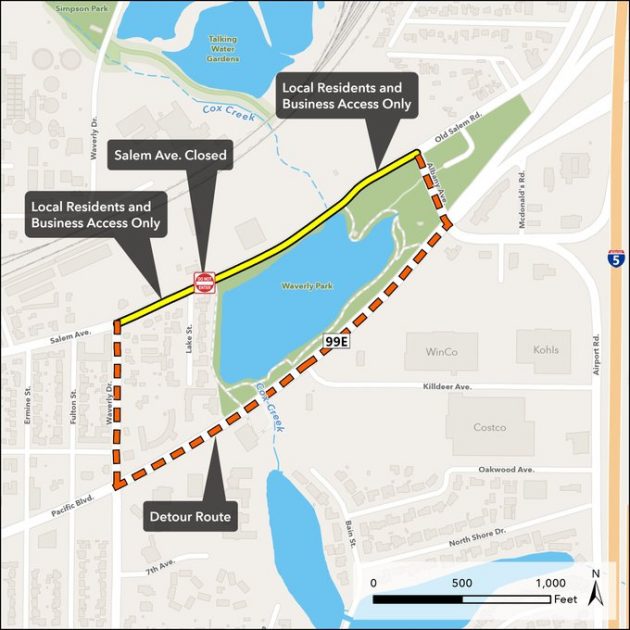 The sewer work also is closing part of the footpath around Wavely Lake and temporarily moving a nearby stop on one of the city transit system’s bus routes. You can read the full announcement here. (hh)

2 responses to “Work off Salem Avenue: Checking it out”