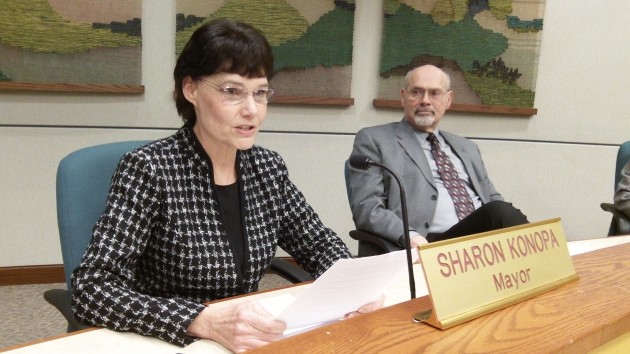 Something to smile about — that’s what Mayor Sharon Konopa hopes the city council will be able to achieve often as it deals with issues in 2015. Konopa is starting her fourth consecutive term in the mayor’s office. At the first regular council meeting of the year on Wednesday, she projected her usually sunny outlook in her annual message. Without mentioning specifics, she believes Albany residents had much to smile about during the past year, and she hopes the council’s work in the coming year “will keep a smile on people’s faces.”

Indeed, the council found a few items to smile about during an otherwise uneventful session at City Hall.

Members got the word from City Attorney Jim Delapoer and Public Works Director Mark Shepard that Lowe’s is following through and will build its long-awaited home improvement center, as it promised in a new contract with the city. It intends to put in for a building permit next month, and it also plans to pay a street assessment of $700,000 as soon as the requisite ordinance is passed rather than in installments. The store use must be ready by Dec. 31 under the agreement with the city. That’s a year later than originally planned, but the store is one of only a few Lowe’s building projects that did not get canceled over the last few years.

Want more good news? The ISO rating agency has given Albany’s building inspection service its second-highest grade (2 on a scale of 1 to 10), which according to City Manager Wes Hare should benefit property owners with favorable insurance premiums.

Also on the upbeat side: The fire department is saving about half the cost of a new ambulance by having a contractor (Braun Northwest Inc.) refurbish and update the box of an old one and then put it on a new chassis, though the cost is still $127,268.

And as for actual smiles or even grins, there were a few of those in the mostly empty chamber when a woman telling the council about her troubles under “business from the public” mentioned the city attorney while pointing and looking accusingly — at me. (hh) 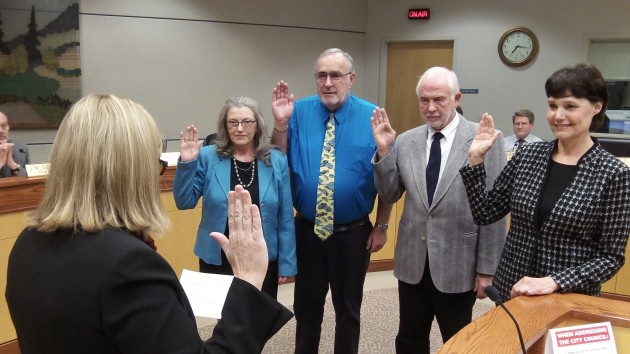